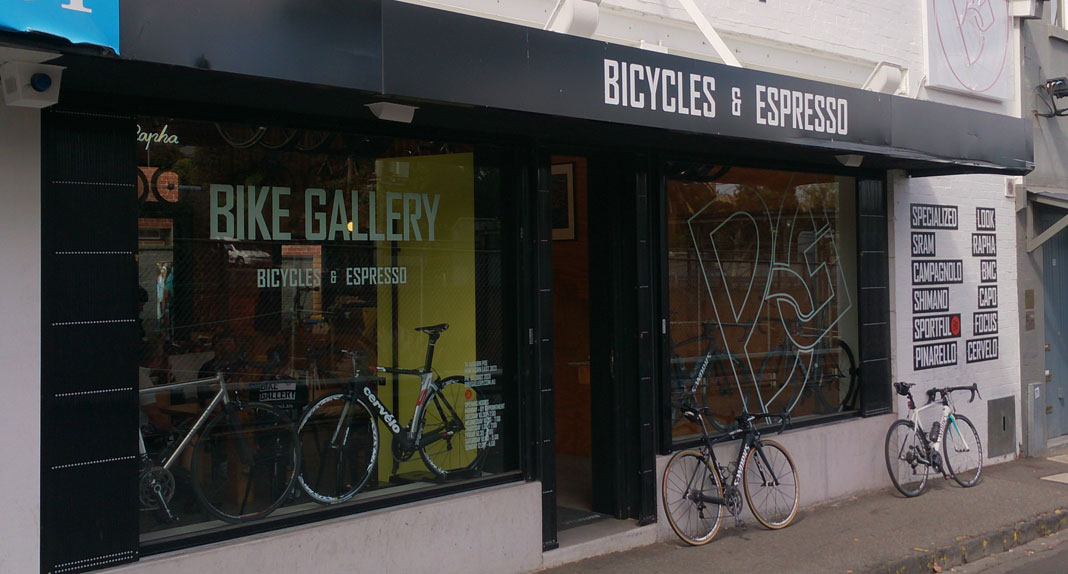 The Bike Gallery shop in Melbourne. Great coffee, bikes and service. This shop is a hub for cyclists to come and chat, have a coffee and buy Rapha cycling gear.

What is it about cyclists and coffee? Cyclists seem to be mad on coffee before and after cycling. They even stop for coffee during cycling. Perhaps Rapha made it popular with their moody black and white shots.

Coffee is revered as some kind of endurance elixir. Does it really make you faster?

Perhaps it is a low level doping thing. The nearest we can get to taking speed without testing positive.

Perhaps it is because endorphins, caffeine and cake is a potent mix that lights up the brain's reward centers like a pin ball machine. Certainly the pleasure of a coffee is magnified if it is post-exercise.

For bike shops trying to compete against internet shops, an in-house café provides a level of service that the web giants can't match: individual attention to the customer. Bike rides can start and end at the café where the latest carbon creations can be discussed and admired. 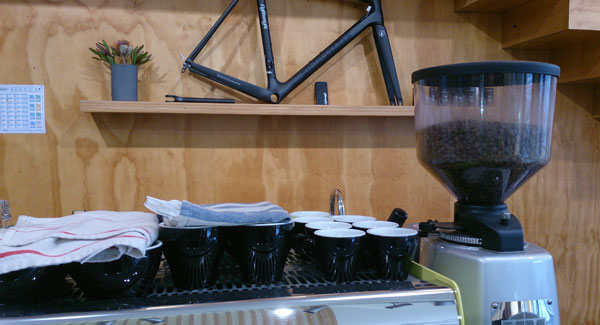 Useful effects of coffee/ caffeine
Caffeine is a central nervous system stimulant, so it wakes you up before the end of a race or first thing in the morning.

It causes the hormone epinephedrine to be released, which in turn elevates the release of free fatty acids in the blood. If you have trained your muscles to burn fat, then more available fat as a fuel will spare your glycogen reserves.

In an effort to burn fat for weight loss and as an energy source, some coaches advocate going training without breakfast and just a cup of strong black coffee. However exercise in a fasted state is not recommended due to the ensuing release of cortisol, and likelihood of muscle tissue being burned instead of fat.

Not everyone reacts the same way to caffeine. Some people don't respond to it.

In 2004, caffeine was removed from the WADA controlled substance list. Previously a limit of about 6 cups of coffee had been set. Since high doses are detrimental to performance, and drinking coffee/ tea is such a normal activity, it was decided to let the athletes decide on their own consumption. WADA still monitors its usage, so it could be added back to the list.

Former Tour de France King of the Mountains Robert Millar once said: 'How many coffee stops in a bike race?'. He didn't advocate coffee stops during rides and said it was only good for cyclotourists. I tend to agree. Get the work done then stop as long as you want. However the recent trend is for riders to have that coffee stop mid-ride in order to take in some caffeine and therefore hope to burn more fat.

You will usually see riders in the Tour village depart riding around with an espresso before the race. Presumably this is a little pick-me-up first thing in the morning.

Mark Cavendish takes gels with added caffeine in the last hour of a race.

Bad effects of coffee
Coffee doesn't agree with some people. I found that my performances were better on days when I didn't drink coffee. I began to experiment and found that my resting blood pressure (BP) dropped about 10% when not drinking coffee (after a week without caffeine) and the itchy scalp cleared up. When I drank coffee again, BP increased and the itchy scalp returned. I concluded that I'm better off without caffeine.

Nigel Mitchell, head of nutrition for Team Sky says that caffeine (and alcohol) is a common cause of gut irritation. If you are doing a lot of miles and are eating a lot, it can cause bloating, cramps and diarrhea. It impairs the ability of the gut to absorb nutrients. Many pro cyclists have now severely cut back on coffee consumption.

If you take caffeine during a race you can end up feeling quite on edge, despite being exhausted. This is an unpleasant state to be in after a hard race when you want to sleep or relax but your mind continues to buzz. That's another reason to minimize caffeine intake.

Caffeine acts as a vasoconstrictor, which means it causes blood vessels to narrow. This tends to be most pronounced at the skin, which forces blood to the core. It is a reason why you can feel extremely cold after a coffee stop on a winter's day. Muscles work most optimally if blood is distributed evenly, so caffeine should be avoided on cold days. On hot days it won't make much difference.

Coffees can cost quite a bit if you buy them every day from a store. I suppose if you love it and can afford it, then why not? A Cafe con leché (like a latte) in Spain is only about 1 Euro/ $1.38 (Mar 2014) so what's the big deal? A latte in Starbucks might be $4-5. But a coffee in a shop is at least $3 and could be loaded with sugar. A Nespresso machine and a stack of capsules costs a fair bit too. 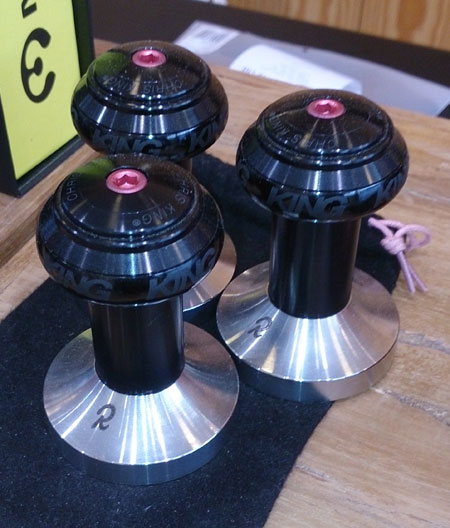 Conclusion
A coffee with friends is a pleasant way to spend time after a ride. Combined with a piece of cake it is something to look forward to.

Coffee has been shown to help with fat burning and can serve as a welcome boost at the end of a race or in the morning.

For some of us, coffee may harm performance. Try stopping the coffee for a month. Once the withdrawal symptoms subside, you might actually feel better without it.

I suggest making your own choice on coffee - don't blindly walk into a caffeine dependency!


Links
The effect of caffeine ingestion on Exercise Performance

Article on fat burning and how caffeine can influence it.